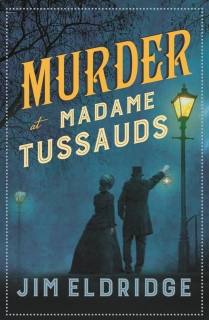 London, 1896. Madame Tussauds opens to find one of its nightwatchmen decapitated and his colleague nowhere to be found. To the police, the case seems simple: one killed the other and fled, but workers at the museum aren’t convinced. Although forbidden contact by his superior officer, Scotland Yard detective John Feather secretly enlists ‘The Museum Detectives’ Daniel Wilson and Abigail Fenton to aid the police investigation.

When the body of the missing nightwatchman is discovered encased within a wax figure, the case suddenly becomes more complex. With questions over rival museums, the dead men’s pasts and a series of bank raids plaguing the city, Wilson and Fenton face their most intriguing and dangerous case yet.