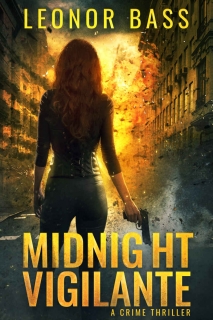 Riley Spencer and Julius Martinson have never met, but they have one thing in common: a life of crime.

Upon Riley’s return to her hometown of LinHill, she vowed to retire her guns forever. LinHill was once a quiet, peaceful town, and that’s exactly what Riley needed after losing her husband at the hands of men he trusted. But LinHill has changed in the years she’s been gone, and now it’s run by the ruthless Julius Martinson.

When Julius slays the only family Riley has left, she instantly recognizes striking similarities between LinHill and the mob-run city from which she fled. Realizing she must take justice into her own hands, Riley once again finds herself lurking in the shadows, fighting to restore peace.

Risking her life and freedom, Riley Spencer transforms from a widow and grieving sister into the Midnight Vigilante.