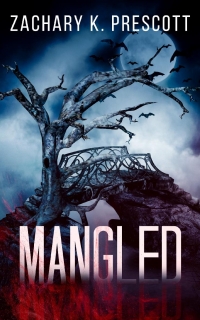 “We found another body! Eleven!”

Eleven, the total count of dead bodies found under water. Who could be responsible?

Detective Jake paused, looked befuddled and short on thoughts and words. “The count should be ten… the bodies should be ten and not eleven!”He was sure as he could ever be about the body count; one for every year and eleven just wasn’t right. “Something is wrong!” he concluded, he looked back and gasped as the dragged bagged body looks just like the ones he had dropped in there. There was never meant to be an eleventh body… something didn’t feel right… something wasn’t.

Agent Sean Stein, an intelligence officer from the anti-terrorist watch team has been brought in by the top CIA operatives to unravel the mysteries surrounding the bodies and hunt down the serial killer.

For what reasons could Agent Stein be drafted to handle this case? Something else is at play here. The police at NYPD ran some of the prints and Susan, Agent Stein’s ex-wife was one of the victims. Sean wasn’t going to get all soft now because he had heard his ex-wife who left him and ran off got killed. One thing he didn’t know is that his ex-wife was pregnant with his child when she was murdered.