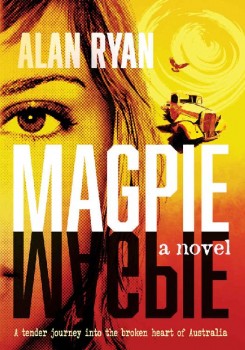 Jim Macken talks to trees. He dances around the fire and has made peace with the flies. In a bid to escape a mundane life, the broken-hearted Irish backpacker has gone walkabout in the West Australian Goldfields. The scorched land is hurting. The summer rains never came and the temperatures soar.

On a rare trip to the remote Aurora Inn, Jim watches a tainted icon fall, while another, released from twenty-seven years in prison, walks free. A long day ends. Jim sleeps across the wide front seat of his beat-up truck. A body lies in the dirt. The evidence, much of it manufactured, suggests Jim is a killer and Kelly Porcini, the disillusioned barmaid, is an accessory to murder.

Fearing for their lives, Jim and Kelly, flee into the hostile interior of the continent. Along the way the young couple find a beautiful but damaged country. There is the possibility of love and the opportunity for betrayal. Ultimately, an ancient and indigenous Dreamtime landscape may decide how their stories end.