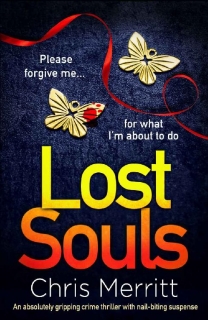 Please forgive me for what I’m about to do…
Standing at the school gates, he waits until the last child leaves the safety of the playground. And then he follows at a distance, keeping to the shadows. Only he knows what’s going to happen next.
In a quiet church, on a busy London street, 12-year-old Donovan Blair is found dead. His hands are clasped together as if in prayer. Just hours ago, he was happily playing with his friends at school, but now his body is lifeless, and his killer is long gone.
Detective Dan Lockhart is working alone on his wife’s missing person’s case when he receives a call telling him to get to the crime scene at St Mary’s Church immediately.
Bringing in psychologist Dr Lexi Green to help profile the murderer, Dan is convinced that the killer has provided a clue by leaving the body in a prayer position, and Lexi agrees. As they try to get into the mind of the person responsible, another victim is found. A 13-year-old girl, left in a different church, posed in exactly the same way.

Fearing the murderer may already have another child in his sights, Dan and Lexi work together to establish links between the two deaths, and soon discover that not only were both children in care – they had attended the same school. And when it emerges that Lexi’s new boyfriend works there, things become difficult between her and Dan. How much can he tell Lexi about the case? And could she be at risk?
As Dan makes a breakthrough in the investigation, he receives devastating news about his wife, Jess. But with children’s lives at stake and Lexi in danger, Dan must put his personal emotions aside and chase the killer. Can he and Lexi work out who is behind the murders before another vulnerable child is taken?