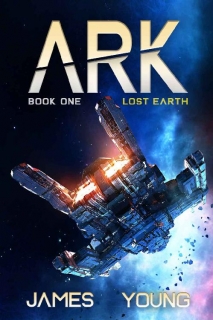 HUMANITY THOUGHT THEY COULD RUN. THEY WERE WRONG.
In the 23rd century, a series of unprovoked attacks from an unseen alien power render Earth uninhabitable. A fraction of humanity make a desperate escape in an enormous ship known as the Gaea Ark. They rush across the stars on a treacherous journey to a new home on humanity’s farthest colony.
It’s the ultimate First Contact gone wrong … and it’s not over yet.

As enemies—alien and otherwise—attack the ship, divisions within threaten to tear it apart.
Welcome aboard the Ark, where there are as many secrets as there are survivors.
It’s gonna be a bumpy ride.