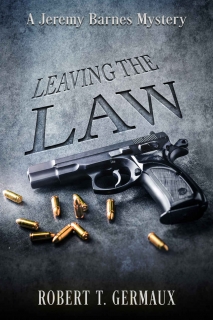 Early in his teaching career, one of Jeremy Barnes’ students was a skinny little kid named Larretta Warren. Now, more than fifteen years later, Jeremy (JB to his friends) is a Pittsburgh private detective, and Larretta reappears in his life, this time with a request: she wants Jeremy to get her son, Anthony, out of a gang. Reluctantly, Jeremy agrees to look into the situation and almost immediately runs into one problem after another, starting with a riot at Anthony’s school the day JB is there to meet him. Then, when Jeremy talks to Assan Witherspoon, an ex-gang member turned community activist, Assan surprises Jeremy by suggesting that it might not be a good idea for Anthony to leave the gang, a message very forcefully repeated by T-Man, the gang’s leader, who warns JB to “stay away from Anthony, ‘less you wanna get chalked.”

Aided at times by his childhood friend Dennis Wilcox (now a city police detective), Jeremy persists in his efforts to help Anthony. When Larretta played on the girls basketball team that Jeremy coached, she never gave up, and he’s not about to give up on her son now. As Leaving the LAW, unfolds, there are several surprises and plot twists, culminating in a dramatic confrontation that neither JB nor the reader could have predicted.