Last One to Lie by J.M. Winchester 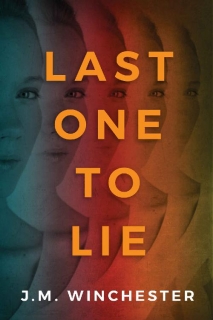 Moving to a new city was supposed to be a fresh start for her family. Now it’s a nightmare.
Her little girl was supposed to be at day care when Kelsey arrived to pick her up. But they have no record of her daughter ever being there. And to make matters worse, her husband is missing too—he won’t pick up his phone, and the school he supposedly works at says he never accepted their job offer.

Detective Paul Ryan knows something’s up with Kelsey’s story. Kelsey’s husband might be involved in their daughter’s disappearance, but the deeper the detective digs, the more inconsistencies he finds.
As Detective Ryan tries to uncover the truth, what he finds are more deeply buried secrets that someone clearly never wanted found.