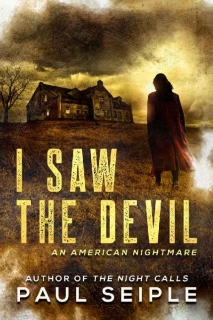 In October 2008, the devil came to the Lee farmhouse in rural North Carolina.
A serial killer known as the Black Angel massacred the Lee family, leaving one survivor who disappeared shortly after the murders. Rumors are rampant that the Black Angel found her and finished the job.

Ryan Cross and his paranormal team Defenders from Darkness were once the darlings of paranormal television, but now DFD needs a hit. Ratings have nosedived, and the show is on the verge of cancellation. A night of thrilling investigating at the Lee farmhouse could be the boost the show needs to get back on top.
And if the investigation goes wrong, the show might not be the only thing ending.