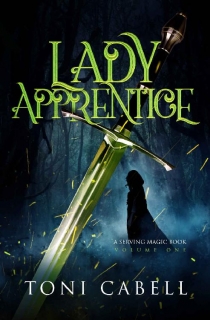 Her homeland under siege. A dark sorcerer hot on her trail. All the prophecies say Linden can stop him. Who are they kidding?
Linden is the worst mage apprentice at her school. Her latest disaster: accidentally destroying her classroom when a small hooded figure pops up inside the fireball she’s just conjured.

Linden is sent to the headmaster’s office to be formally expelled, when she is saved by the bell—quite literally. Someone is frantically ringing the bell inside the watchtower overlooking the western frontier. Soon, all the bells in town, from the government buildings to the chapels and private residences, are ringing out the same warning code. Raiders are coming, in broad daylight, wearing the uniforms of the enemy army.

In the days following the raid, rumors begin to fly about the invading commander, with dark powers and an even darker mission. And for some reason Linden has yet to fathom, he’s taken a personal interest in her and her unruly magic.