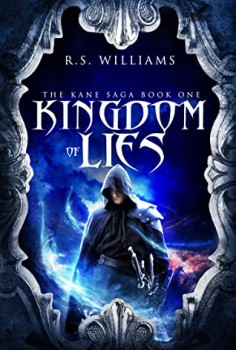 Magic is back in Adelith, and with it the return of Cyran.
Elijah spends his days preparing for the annual Hollom horse race and working at his guardian Merrick’s forge. That is, until Merrick is summoned back to Castle Aebarrow in Adelith by the king.
Unable to stay in Rheanydd without a legal guardian, Eli is forced to go with Merrick who takes up the position of captain and trains the new guards. But the more time Eli spends in Adelith, the more his lost memories resurface-and they throw up worrying questions about his past.

As a member of Princess Sienna’s Elite Guard, Eli saves her life when it’s threatened by the presence of a mysterious Missing Prince. Eli’s heroics incur the wrath of a mad sorcerer known only as The Master, hell-bent on ending the courting prince’s life.
Elijah enters a dangerous path of self-discovery where magic and secrets intertwine. The truth about his past is within reach, but can he unlock his memories and solve the riddles in time to save the true heir to the throne? Or will the castle be brought crumbling down once more?