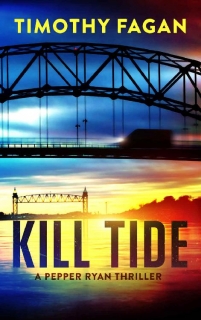 A kidnapped girl. A terrified Cape Cod. And a police cadet in way over his head…
It’s summertime on Cape Cod. Pepper Ryan’s biggest worries are a crummy love life and doubts about his supposedly bright future. But then a teenage girl is kidnapped, stunning her beach town.
The police launch a manhunt to catch the brazen kidnapper nicknamed the Greenhead Snatcher. Pepper attempts to find the girl himself, but the only thing he finds is trouble.

Then the Greenhead Snatcher strikes again.

Pepper fights to untangle a growing mess of suspects and clues, and the pressure intensifies when he stupidly promises a family that he’ll bring their daughter home alive, or die trying…
As time runs out, Pepper makes a final attempt to locate the girls and expose the shocking truth about the Greenhead Snatcher. Will Pepper’s desperate gamble succeed? Or will he lose everything?