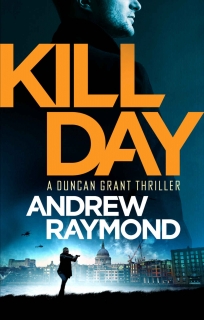 Duncan Grant is MI6’s most talented rookie, with a reputation for maverick brilliance. When a routine operation ends in murder, Grant is tasked with capturing the assassin: rogue MI6 officer Henry Marlow.

But as Grant leads the hunt, Marlow’s renegade mission escalates, targeting anyone who could expose his secrets. If Grant wants to stop him, he must uncover a shadowy plot that links a Saudi prince, a corrupt Interpol detective, and an infamous black ops programme.

With the very future of MI6 at stake, Grant must confront Marlow in a terrifying endgame – after which nothing will be the same again.