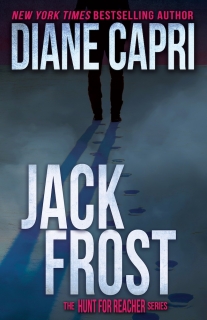 How far will Jack Reacher go for revenge?
The last time Jack Reacher passed through South Dakota, almost everyone close to him was savagely murdered.
Some say Reacher killed them. Maybe he did.
But one survived.
A ruthless gangster. Imprisoned at the Bolton Federal Correctional Facility.
A daring prison break.
Police and witnesses ruthlessly murdered as he barrels across frosty South Dakota.

Now, FBI Special Agent Kim Otto lands in the middle of the gangster’s desperate escape to freedom. She joins law enforcement to recapture the brutal felon before he disappears forever.
Agent Otto is no longer working alone.
She wanted a new partner and now she’s got one.
William Burke, an ex-SEAL formerly assigned to the Hostage Rescue Team, should have been the answer to all of her problems.
But Burke’s got a cloud on his record.
How will his past impact their mission?
61 Hours was almost the death of Jack Reacher. Jack Frost might finish the job.