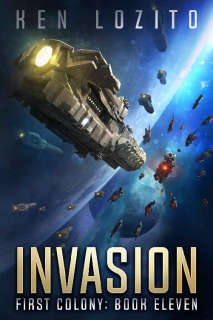 For years, Connor and others in the colony have unraveled the mysteries of New Earth and the global catastrophes that nearly destroyed its previous inhabitants. Their work led to the discovery of other worlds beyond the known universe.

It became clear that many of those worlds had been attacked by an interdimensional invader that left untold amounts of manipulation, hardship, and annihilation in its wake. It’s only a matter of time before the colony becomes the next target.

When a trusted ally requests Connor’s help to investigate claims of new widespread invasions, he has no choice but to help. Connor believes that the only way to stop the invader is to find their homeworld, but its location is a closely guarded secret. Many civilizations sought to discover the invader’s homeworld and none have succeeded.
Time is running out for the colony, and Connor and a team of CDF soldiers may be the only thing that stands between survival and annihilation.