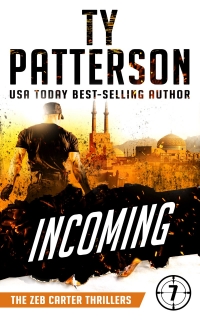 Siavash Mostofi, Head of Iran’s Quds Forces, has come up with the ultimate plan to destroy America.

Zeb Carter is determined to stop him.Tehran is their battleground.
Zeb Carter had stopped the greatest terrorist act against his country.

However, the ring leader behind the attack, Siavash Mostofi, the leader of the Quds Forces, was still out there.Even as Zeb readied for the most lethal covert mission of his life, to take out the military chief, his enemy was doing just the same.Preparing a welcome for Zeb.And setting in motion an even deadlier attack against the United States.