In the Kingdom of All Tomorrows by Stephen R. Lawhead 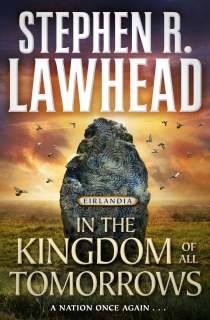 Conor mac Ardan is now clan chief of the Darini.
Tara’s Hill has become a haven and refuge for all those who were made homeless by the barbarian Scálda.

A large fleet of the Scalda’s Black Ships has now arrived and Conor joins Eirlandia’s lords to defeat the monsters. He finds treachery in their midst…and a betrayal that is blood deep.
And so begins a final battle to win the soul of a nation.