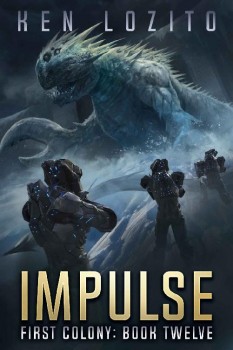 Over the years, Connor has pieced together evidence of a mysterious group of aliens who roamed the multiverse and have been to New Earth.
Setting off to make new discoveries about them is straightforward enough, but this is New Earth, and Connor Gates has a knack for finding trouble.

For over twenty years, Connor and Diaz have been friends. They’ve survived two wars and have seen the best and the worst of each other. When a terrorist attack takes the life of Diaz’s son, their friendship will be pushed to the breaking point.