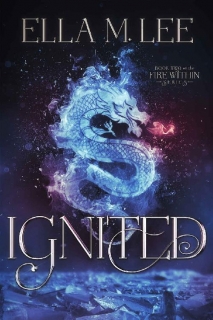 Four weeks have passed since Fiona Ember was captured by Nicolas Demarais, the powerful and deadly Water Clan magician she foolishly attempted to assassinate. Relieved that she has impressed Nicolas and reclaimed her life, she’s stunned to find that Nicolas has ambitious plans to change the world of magic forever—and they involve Fiona’s newfound magical abilities.

But achieving those goals certainly won’t be easy. Fiona will need to navigate the slippery magic of Water Clan, survive her new group’s difficult operations, and face more than a few challenges with her new lieutenant. On top of that, she’ll need to confront her growing attraction to Nicolas, as she realizes she’s falling for the sweeter and softer side of him.
And little does she know, Nicolas’s grand plans for the future are drawing the attention of his enemies, and the new life that Fiona has found may not be so safe after all…