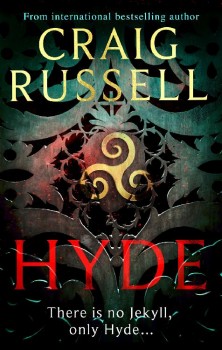 Edward Hyde has a strange gift – or a curse – he keeps secret from all but his physician. He experiences two realities, one real, the other a dreamworld state brought on by a neurological condition.

When murders in Victorian Edinburgh echo the ancient Celtic threefold death ritual, Captain Edward Hyde hunts for those responsible. In the process he becomes entangled in a web of Celticist occultism and dark scheming by powerful figures. The answers are there to be found, not just in the real world but in the sinister symbolism of Edward Hyde’s otherworld.

He must find the killer, or lose his mind.