Home for Truths by Alan Agnew 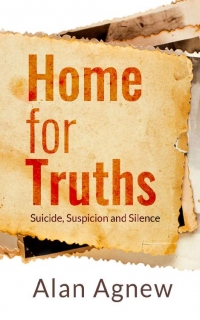 The lie didn’t cost anything, but the truth could cost him everything.
Following the death of his father, Phil returns to his childhood home thirty years after the devastating suicide of his brother and break up of his parents’ marriage. He discovers disturbing evidence forcing him to re-trace the tragic events of the past, raising new suspicions against a wall of silence.

Phil must also manage his own demons if he is to seek the true circumstance of his brother’s death and take his own revenge.