Hit and Run by Maria Frankland 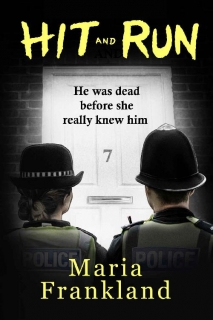 He took his dark secrets and lies to his grave…
Fiona keeps herself to herself – it is safer that way. She allows few people to get close, having learned the hard way that most have their own agendas.

Lowering her barriers and trusting her husband Rob, is a decision she has reason to regret. His indiscretions were coming to light even before the news of his hit and run killing one summer afternoon.
In the aftermath, blame and hostility is shown to her by many.

The relationship with her mother is unravelling and she has shut herself away from any friends she once had. Who can she turn to? Who will believe her? Other than her son Jack and her father, there is nobody she can count on.
Can Fiona stay away from her oldest and most faithful friend, the bottle? Or is her life as over as her husband’s?
Only the truth of Rob’s untimely death can decide that.