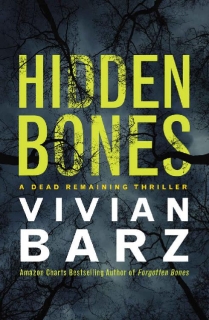 Two months have passed, and the horrors of Death Farm still torment police officer Susan Marlan and college professor Eric Evans. Susan struggles to regain her zeal for fighting crime, while Eric is slowly coming to terms with his newfound “gift” of seeing the dead.

Seeking much-needed rest, Susan and Eric follow their musician friend Jake and his band to Washington State. But once they reach the cheerless town of Clancy, Eric’s murderous visions start again. Something seems wrong about the town and its aloof citizens—and suspicions turn to dread when members of Jake’s band go missing.

Eric, Susan, and Jake search deep in the dark forest of the Olympic Peninsula, where many have disappeared. But the harder they search, the less cooperative the locals become. As the case begins looking more like a murder investigation, the trio must work together to locate the lost and uncover chilling town secrets buried in the darkest of places.