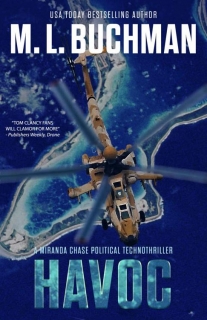 When one of their own is threatened—the nation’s #1 air-crash investigation team enters a race to survive.
An airliner downed on a Pacific atoll. A CIA covert strike team sent in to “clean it up.” An old enemy seeks revenge. This time, the NTSB’s autistic air-crash investigator, Miranda Chase, and her team are in the crosshairs. The action races around the globe as US military airbases become shooting galleries and their lives are placed on the line.

And hidden from sight? A treacherous plan to grab political power and start a new war with Russia in the Middle East. Only Miranda’s team stands in their way, if they can survive.