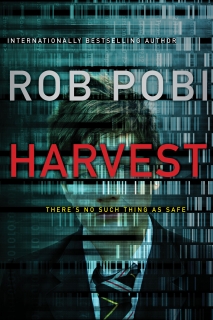 A stifling heat wave rolls into New York City, amplifying the already critical level of tension in the fragile concrete ecosystem. Recently recovered from a shoot-out that nearly killed her, homicide detective Alexandra “Hemi” Hemingway is already on edge. But then, on the morning Hemi discovers she is pregnant, a twisted serial killer makes his debut. And the heat goes up.

Soon, Hemi is besieged on all fronts as she struggles to catch up to a killer who always seems one step ahead. And as she pieces together the clues along the trail, it isn’t long before tensions boil over and Hemi finds herself a target in the deadly competition.