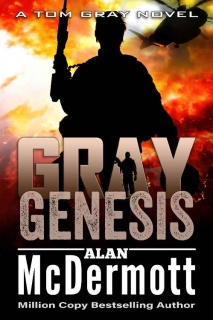 Tom Gray is back in his most explosive adventure yet!
Afghanistan. As the war on terror intensifies, Taliban leader Abdul al-Hussain has plans to turn the tide in his favour. His objective: a US virologist named Miriam Dagher. She’s about to pay a visit to the land of her birth, and al-Hussain has her in his sights.

Out to stop al-Hussain is Sergeant Tom Gray, SAS veteran and leader of 8 Troop. His team are tasked with disrupting Taliban operations, snatching high-profile targets and wreaking havoc on enemy supply lines. Their missions are routine, until the Taliban unleashes a new breed of warrior.