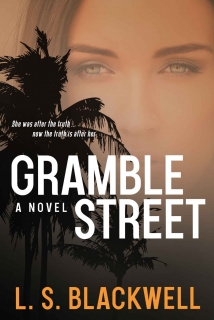 She was after the truth … Now the truth is after her.
When investigative reporter Nicole Portman receives a tip for an explosive story, she never imagines the political intrigue surrounding a powerful California Senator could be her ultimate undoing. Thrust from celebrity anchor to outsider, this lone risk-taker finds herself in the tattered remains of the career she worked hard to build. Fueled by unbridled determination, she vows to uncover the truth about Senator Tom Vinsant.
Vinsant, fighting to keep his seat in the Senate, will take down anyone who stands in his way, including his own wife, Ginny. Ginny Vinsant has totaled her automobile and insists she hit and possibly killed four children, but there’s no evidence and no one will listen, especially the senator who demands her silence. This time, however, driven by agonizing guilt, Ginny cannot be silenced and there is only one person she knows her husband does not own.

Equipped with nothing more than Ginny’s vague memory, and her own tenacity, Nicole takes to the streets. From Malibu to Gramble Street, the glamour quickly tarnishes when Nicole uncovers an evil network and a pattern of missing children. Not even the bodies left as warnings against proceeding further could stop her now.
Nicole has more than a killer to outrun as it becomes personal and this journey for ultimate truth may cost her everything . . . including her life.