Going All The Way by Sean O’Leary 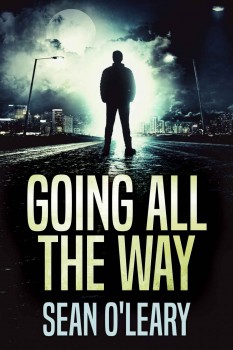 Travis is the night manager at the Cross Motel in Sydney’s notorious late-night district, Kings Cross. His life takes a drastic turn after a sex worker is brutally murdered on his shift.

Having broken up with his girlfriend and lost his dream of becoming a professional AFL player, Travis’s life is in shambles. With the police breathing down his neck and his ex-girlfriend asking him to find her missing partner, Travis has got his plate full, and more.

After he discovers a disturbing connection between the missing prostitute and his ex-girlfriend’s partner, Travis realizes there’s only one way out: find the people responsible and bring them to justice. But can he make it out alive?