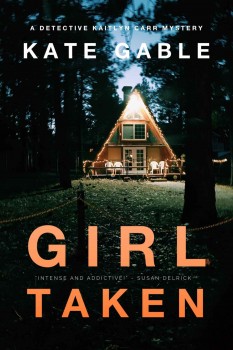 Don’t stop looking…
When her sister’s friend is found dead, Detective Kaitlyn Carr knows that time is running out. Her sister has been missing for weeks and everyone is starting to believe that she’s gone for good. But Kaitlyn refuses to give up.

While the FBI and the Sheriff’s investigators collect evidence and run tests, Kaitlyn stays busy with another case back in Los Angeles: the disappearance of a missing couple who were trying to sell their half a million dollar boat.

Their grown sons insist that their parents would have never left without an explanation, but it’s up to Kaitlyn to uncover the truth.
Is the missing couple keeping secrets of their own or is their life actually in danger?
Who killed her sister’s friend and will finding her killer lead to answers about Violet’s disappearance?