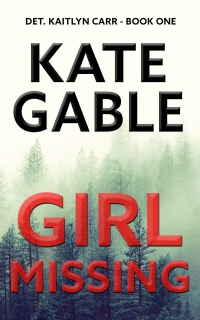 Don’t lie to me…
When her 13-year-old sister vanishes on her way back from a friend’s house, Detective Kaitlyn Carr must confront demons from her own past in order to bring her sister home. The small mountain town of Big Bear Lake is only three hours away but a world away from her life in Los Angeles.

It’s the place she grew up and the place that’s plagued her with lies, death and secrets. As Kaitlyn digs deeper into the murder that she is investigating and her sister’s disappearance, she finds out that appearances are misleading and few things are what they seem. A murderer is lurking in the shadows and the more of the mystery that Kaitlyn unspools the closer she gets to danger herself. Can Kaitlyn find the killer and solve the mystery of her sister’s disappearance before it’s too late? What happens when someone else is taken?