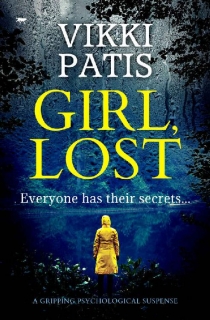 I was never missing. I just didn’t want to be found.
On a bright summer’s day in 2013, Freya Rivers disappears, leaving twin sister Imogen behind. Did Freya leave to travel alone without telling anyone?
When friend Emily also disappears three days later, Imogen knows there’s something dark lurking beneath the surface.

Five years later, Imogen is living in Australia, having searched the world for her sister. So, when her mother calls, she knows it’s time to return home.
Because Emily is back. And she has a child with her.
Where has Emily been and why did she disappear?
Does she know Freya’s whereabouts?