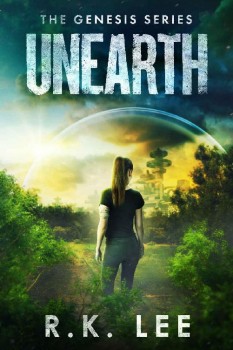 Four hundred years later. One island of survivors. One government.
The domed city of Cull offers humanity the only safe haven from a catastrophic environmental collapse.
Since the age of five, Elora has worked the fields as a lowly Plebeian. All she wants is to be an obedient citizen, but everything changes after witnessing another citizen violate the laws of nature.

As secrets about the virus that nearly eradicated the world are unearthed, fellow laborer Jedek is among the defiant – his rebellious behavior intoxicating.
Awakened to new truths, Elora questions the validity of daily blood samples, scans and symptom checkpoints, all while a corrupt society emerges before her eyes.
As Harvest approaches Elora must choose the unthinkable. Will she remain in the dome protected from the elements but where her future is uncertain – or follow the first boy to make her feel alive into a world full of chaos and death?
Citizen – it’s time for your scan.