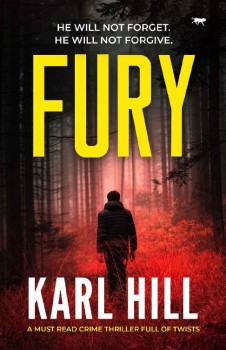 Adam Black is facing his most mysterious case yet.
When a stranger gives Black a book and tells him the book holds the key to the mystery surrounding his wife’s murder, Black dismisses the event as nothing more than the ramblings of a mad man.

Then Black is called to a meeting with a Hollywood movie star, Victor Cromwell, who is shooting a new film in Glasgow. At the meeting Victor makes a very strange request that will throw Black’s life into turmoil.
Meanwhile a killer, who was dormant for twenty years, has returned and is murdering young women in the most gruesome way.

As Black investigates he starts to suspect the three events are linked and sets out to uncover the truth.
But the truth often lies in the darkest places. Will he get out of this alive?