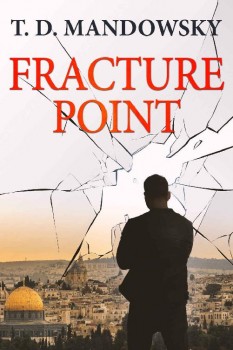 He thought he was done with war. He was wrong…
Just days before Itay Evron completes his training with Israeli Security Agency, a savage terrorist group brazenly abducts a young corporal who, with his extraordinary memory, could give the murderous faction an unfathomable advantage — with terrifying consequences.
A former soldier distinguished for his bravery, but also a man broken by the brutalities of war — Evron meets and falls in love with Donna, a stunning university student with a magnetic smile and a full-bodied energy that brightens his very existence — to the depths of his fractured, war-ravaged soul.
His new job with the ISA, and Donna’s love, give Evron hope for a second chance at life — a future worth living.

But now, with time running out, and the balance of power in the Middle East at stake, Evron must face his greatest fears and sink back into the darkest depths of his past – even at the risk of his own destruction – to save not only the soldier, but countless innocent lives.
This enemy is unpredictable, deadly, and invisible. But the only one who can take them on and prevent a nation’s destruction — is a man broken by war.
Can Evron rescue the young corporal, halt the annihilation of the ISA, and safely return to Donna — his love — his reason for living?