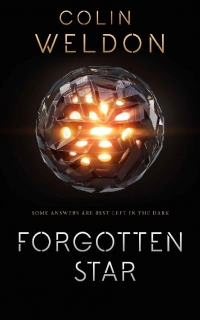 Following a devastating encounter with an unknown alien ship resulting in the disappearance of her parents as a child, Tamara Cartwright now spends her life scouring the galaxy in the hope of finding the dark force that attacked her father’s ship.

Now the Captain of a rescue vessel, The Massey Shaw, she makes a choice, resulting in the destruction of a star in order to save a striken vessel, a prohibited act while using alien technology. Now, an outlaw, she is entrusted with the fate of a very unusual young girl endowed with special abilities. She must also find the survivors of an ill-fated ship at the hands of a malevolent race know only to the humans as the Ghosts. Driven by the hope of finding the truth of her parent’s disappearance and one last chance to make a difference to those in need of rescue, she must go on one final mission into deep space and deal with the monsters from her past.