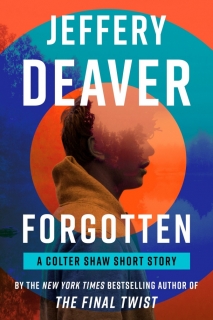 A new Colter Shaw story from the bestselling and award-winning master of suspense.

Colter Shaw makes his living traveling the country and locating missing persons, sometimes collecting reward money, sometimes not. Many of his cases are those that the police are unable or unwilling to solve, but the job that brings him to a small-town in Ohio has already been solved. A teenage boy has been arrested and convicted for murder, but his parents are convinced that he didn’t commit the crime—and offer a reward to anyone who can prove it. Colter’s investigation into the murder, the shooting of a local drug dealer, brings him deep into a small-town conspiracy, with plenty of members who will go to any lengths to keep Shaw from learning the truth.