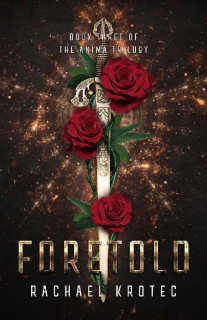 Their fate will be determined by the strength of her heart.

For the last three years, Lilah Crowne has lived isolated on a tropical island, the Consul’s pamphlets being her only remaining connection to the outside world. Though distance could not completely mute the apprehension and terror caused by powerful attacks around the globe, the destruction didn’t feel as palpable until Lilah finds her own island attacked. Then, Lilah comes face-to-face with a member of the Six, throwing her strength to fight without anima into question. Everything Lilah thought she understood about the laws of the world will be capsized as answers to long-wrestled questions stand revealed. Will she be able to put aside past grudges and work with unlikely allies to defeat the unimaginable power of the one behind the attacks, or will the world suffer the mortal consequences of her failure?