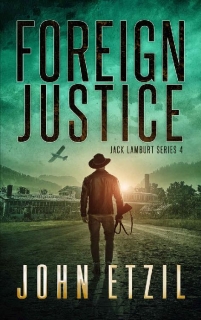 It looked like a simple break-in gone wrong. The truth is much more sinister…
Small-town sheriff Jack Lamburt will kill anyone who threatens his community. So when an elderly couple is viciously attacked during a home invasion, he vows to deliver vengeance. And after the clues lead him to a drug lab responsible for the death of a local girl, his rage knows no bounds.

Leaving a trail of corpses in his wake, Lamburt uncovers a Chinese connection to the crimes as he strides his path of justice. But up against a crooked journalist, the FBI, and foreign agents, the ruthless lawman finds himself ensnared in a web of corruption that jeopardizes the entire country.

Can Lamburt bring his personal brand of carnage to their plans before thousands of innocent lives are lost?