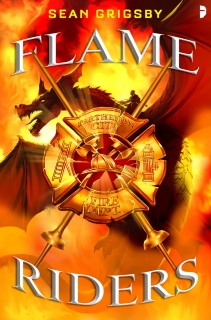 In the final instalment of the Smoke Eaters series, the New United States Army has taken over and America has devolved into a full-on dragon apocalypse. Smoke eaters are banned and have gone into hiding to avoid being held prisoner by the soldiers.

Guiellermo Contreras is a private in the NUSA, and when he’s accused of potentially being a smoke eater upon pain of death, he escapes and sets out to find the heroes who disappeared years before. But what he discovers is that the NUSA has been working on something unthinkable, and it’s going to take more than a few smoke eaters to stop them.