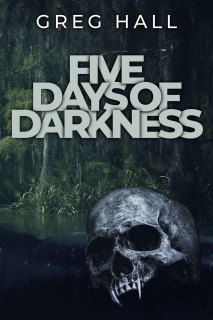 After a black family is found in pieces without blood, rumors spread through the Louisiana landscape about a supernatural being hunting its victims. The small towns are left bewildered, scared, and require answers.

Father Henri Joffre had only been in Morrow for a few months, and the deaths of the Boyd family hit him hard. So when he first came to the small town and saw that the black community didn’t have a place to worship, he opened the doors. He wanted everyone in Morrow to be a part of the community.

After the bodies are discovered, the local law refuses to take action, admitting that only the black community has been victims; Henri jumps into action.

Skeptical at first, Henri joins forces with Modeste Barre, a local hoodoo healer who knows what is killing the black people. She tells Henri she is the only one who can stop the darkness.