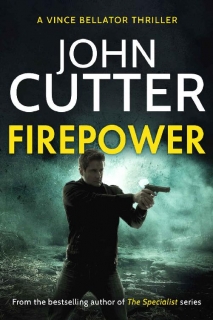 Terrorists have climbed their way to the top.
It’s his job to bring them down.
Vince Bellator, former Special Services Operative, arrives in Dead Springs, Alabama to honor his late friend’s dying wish.

On his way, Vince has an unsettling run-in with a group of local heavily-armed militiamen. Sensing that the group is more than just a violent mob, Vince decides to infiltrate their ranks. It’s not long before he discovers who they really are: a highly dangerous faction who call themselves The Brethren.

As he delves deeper into their ranks, Vince uncovers the group’s sickening plot, an act of national terror that will wreak devastation on America and all it stands for.
With the FBI unconvinced and government officials colluding with Brethren leaders, can Vince stop the terrorist cell before it’s too late?