Finding The Other Woman by Cole Baxter 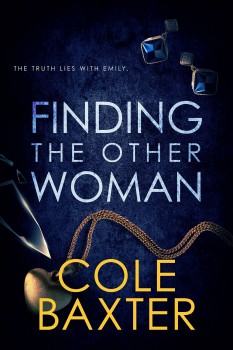 The accident took her father’s life. It also took Amelia’s memories… All Amelia has been told about the missing four years of her life is that her husband Carl found her after the car accident that killed her father, and they lived in the city together before moving to the suburbs.

She has no reason to question his story, but she knows Carl, and she can tell he’s holding something back. When he cries out in his sleep for Emily, she suspects he had an affair during her missing time and is trying to hide it from her. When flashes of memories being to return, Amelia knows she can’t sit back any longer. But once she opens the floodgates, the truth is more twisted than she ever could have imagined.