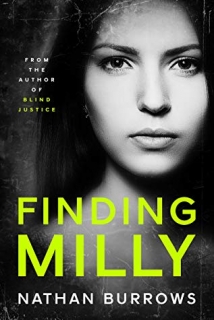 Jimmy Tucker is dying. There’s only one person he wants to tell. His daughter—Milly. But when he gets home from the hospital, she’s vanished without a trace.

The inoperable brain aneurysm deep within Jimmy’s head could burst at any time—a cough, a sneeze, or a blow to the head could kill him instantly. With the police not interested in Milly’s disappearance, Jimmy takes things into his own hands and begins to look for his only daughter. But it doesn’t take him long to realise that his daughter is not the woman he thinks she is.

As he gradually discovers Milly’s shocking private life, Jimmy enlists the help of Gareth Dawson, an ex-crook with a big heart. But Gareth can only help Jimmy up to a point.
As the pressure mounts, can Jimmy uncover the truth about Milly’s disappearance before it’s too late—for either of them?