Fathers and Sons by Emmy Ellis 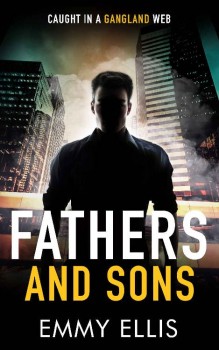 Murder is never a good thing…
Hacked-off fingers have been turning up in various locations around the city. DI Blackstock knows who they belong to, so that’s something, but the man they used to be attached to isn’t anywhere in sight.
Being in a gang isn’t all it’s cracked up to be. The reality of it has slapped Robby Zeus hard around the face, and he’s desperate not to get himself into any more trouble. Trouble that won’t let him be.

Starky is the leader of The Hardarms, a gang he inherited when his father passed away. When he discovers his girlfriend hasn’t been truthful with him, he verges on going off the rails. Robby had told him a few snippets of information, and Starky needs to make certain people pay.
Robby finds himself in an enviable position—the police offering him and his ma a chance to disappear, leaving the old life behind.
Can he be free from the leaders of the two gangs he’s tied to?
Time will tell. Except time might not be on anyone’s side…