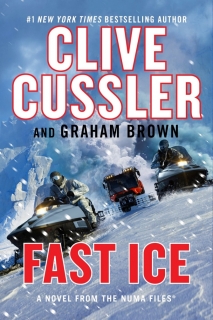 Kurt Austin races to Antarctica to stop a chilling plot that imperils the entire planet in the latest novel from the #1 New York Times-bestselling Grand Master of Adventure.

After a former NUMA colleague disappears while researching the icebergs of Antarctica, Kurt Austin and his assistant Joe Zavala embark for the freezing edge of the world to investigate. Even as they confront perilous waters and frigid temperatures, they are also are up against a terrifying man-made weapon–a fast-growing ice that could usher in a new Ice Age.

Pitted against a determined madman and a monstrous storm, Kurt and the NUMA team must unravel a Nazi-era plot in order to save the globe from a freeze that would bury it once and for all.