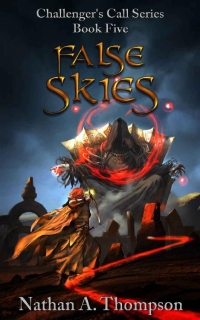 The darkness fell.
He broke through it anyway.
Now another boundary appears, another supposed king, with another false ceiling, demanding that Wes accept his victories and go back home.
That he go no farther.

But his people, his throne, and the woman he loves are still on the other side.
So now Wes Malcolm chooses to wage war on the ancient powers reigning in the supposed heavens.
Because they are not his heavens, not his gods.
And these are not his skies.