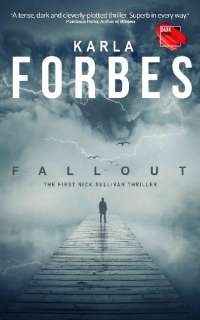 Blackmail. Complacency. A nuclear threat turned real.
A group of unknown terrorists are blackmailing the British government with a quantity of plutonium left over from the Cold War.
Only one man knows their identity and can prevent a disaster, but he is on the run for a murder he didn’t commit and has no intention of being found.

Whilst the authorities attempt to track him down, they pin their hopes on the thought that a bunch of amateurs wouldn’t have knowledge of how to deal with nuclear technology, and the worst they could manage might be a dirty bomb. After all, everyone knows it’s not really that dangerous: people run away from the explosion, and the radiation drifts harmlessly into the atmosphere.

But what if the terrorists had found a way to keep the radiation near to the ground, and to encourage people to hang around, breathing in death? What if when you invite them to their own slaughter, they come willingly?
It would be dangerous then, wouldn’t it?
The clock is ticking…