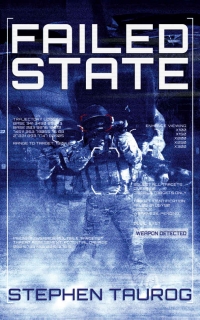 As the world struggles to rebuild itself in the ashes of a future cataclysmic global war, Major Rick Drucker leads his team of elite bio-engineered special forces commandos on a covert mission to intercept and recover a WMD in an unstable, fragmented, northern Iraq. Secrets begin to unravel, the body of a team member is mysteriously abducted, and lingering suspicion of betrayal lead Drucker to realize he and his men are the unwitting pawns in the international political business intrigues the Novae Nativitatis corporate conglomerate. Politics are the sharpest at the tip of the spear. Can Major Drucker forge a way through deceit and treachery, accomplish the mission, and lead his men home?