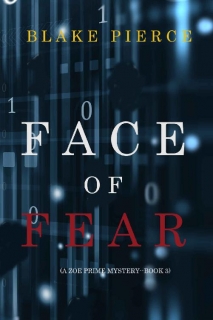 FBI Special Agent Zoe Prime suffers from a rare condition which also gives her a unique talent—she views the world through a lens of numbers. The numbers torment her, make her unable to relate to people, and give her a failed romantic life—yet they also allow her to see patterns that no other FBI agent can see. Zoe keeps her condition a secret, ashamed, in fear her colleagues may find out.

Women are turning up dead in Los Angeles, with no pattern other than the fact that they are all heavily tattooed. With a dead end in the case, the FBI calls in Special Agent Zoe prime to find a pattern where others cannot—and to stop the killer before he strikes again.

But Zoe, in therapy, is battling her own demons, barely able to function in her world plagued by numbers and on the brink of quitting the FBI. Can she really enter this psychotic killer’s mind, find the hidden pattern, and come out unscathed?