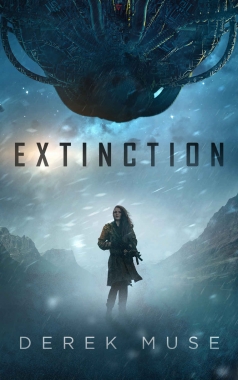 As the dust settles from the explosion of the IED in a valley just outside of Colorado Springs, Janet Baird captures a severely wounded alien soldier.

This is the first time she will get to see up close one of the aliens that have killed ninety-nine percent of the humans on Earth. As she begins to dress the alien’s wounds, she discovers that the alien has a birth mark on its shoulder that is the same shape and location as the birth mark on her infant twin son that was kidnapped six years ago. The alien also has conjoined toes, just like she does. This couldn’t be her son, or could it? Janet and her group continue their fight against the alien’s superior technology, but now with the help of the alien she had nursed back to health. Does Janet’s group have any hope of saving the human race? Will she ever know if the alien she captured is her son?